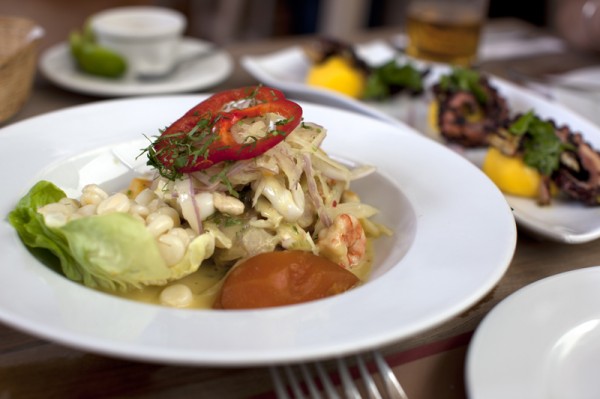 Peruvian food is becoming a global phenomenon. The culinary scene in Lima and the rest of Peru keeps improving. Food festivals, such as Mistura, are expanding. Young chefs who have trained in top kitchens in North America and Europe are returning home to open restaurants. In the same regard in North America and Europe Peruvian chefs are being called upon to a greater degree to launch new restaurants. Gastón Acurio is not holding back on his expansion plans. Culinary ideas are being refined from every angle. Here’s what to expect from Peruvian food and restaurants in 2012:

1.) Amaz Opens: Pedro Miguel Schiaffino, in my opinion the best chef in Peru right now (he’s the chef of Malabar in Lima and has also had a hand in La Pescaderia and the menu aboard the MV Aqua riverboat in the Amazon) is opening this Amazonian bar and restaurant in Miraflores. Expect his already adventurous cocktails and food to be the most talked about restaurant in Peru this year. Av La Paz 1079 (entre Av La Paz y 28 de Julio,) Miraflores.

2.) Organic Produce and Sustainability Will Be Emphasized To a Greater Degree: Peru’s agricultural industry is booming, partly in thanks to the rapid growth in exports of organic produce. Farmers are opting to grow organically as they are seeing the long term benefits, though chefs are pushing hard too. At Nanka, Australian chef, Jason Nanka, and his Peruvian wife Lorena use mostly locally sourced organic produce and even have a small kitchen garden, in which grow many of their own herbs. Central has a rooftop garden as well. In Callao and now Barranco, La Pescaderia is showcasing sustainable seafood, including utilizing the otherwise discarded bycatch.

4.) Peruvian Food Hits the UK: Apart from a few mom and pop Peruvian shops, London has never had much in the way of elite Peruvian restaurants. That’s going to change. Virgillio Martinez, one of Lima’s top chefs because of his work at Central (which isn’t going anywhere) will open the restaurant Lima in Shoreditch this May. In SOHO, Martin Morales, a 38-year-old Anglo-Peruvian who sold his house to fund a restaurant, will open Ceviche in March. The early word is that neither restaurant will serve alpaca nor guinea pig, though expect ceviches, tiraditos, and anticuchos to be emphasized. 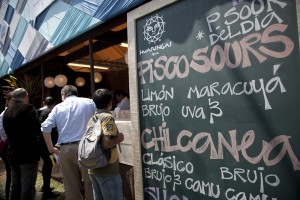 5.) Food Festivals Get Even Bigger: With the success of Mistura in Lima, nearly every other region of Peru has proudly started or expanded their own culinary festivals. In cities such as Trujillo, Arequipa, and Tarapoto huge culinary events will occur that bring in the chefs from top regional and national restaurants, as well as prominent local vendors, farmers, and producers of every sort.

6.) Hotel B: Lima has lacked a truly great boutique hotel, though this year that is about to change with the opening of Hotel B. Being built by Andean Experience (they’re the ones that built Titilaka), the old world explorer club ambiance and location beside the bohemian quarter of Barranco’s top art galleries, this will give a completely new element to travel in Lima. Of particular interest for readers here will be their onsite restaurant helmed by Oscar Velarde from La Gloria.

7.) The U.S. Gets Serious About Peruvian Food: In LA there’s Ricardo Zarate making waves. In New York there’s finally a La Mar. More products will enter the US market: avocados, Piuran limes, lucuma pulp, aji Amarillo in every supermarket, and a dozen Peruvian piscos in every liquor store. Gaston on top chef masters maybe? Who knows? Last year seemed to be the year where Peruvian food became more than just the build up to a passing trend. In 2012 expect openings of Peruvian restaurants in every major American city.

8.) Manifiesto Gets Some Cred: In fact it has already started.Manifiesto‘s chef Giacomo Bocchio was already named the chef of the year by El Comercio. It just opened in October, so the word hasn’t got out completely just yet just how great this restaurant is.

9.) More Seafood Bans
With the success of Peru’s first ever ban on octopus, which was highly promoted by the country’s top chefs, not to mention another ban on black conch, I expect more and more fishing bans to be put in place, which is a great thing. Already you can see the conception of the public changing. People are beginning not to order banned products and not supporting the restaurants that serve them. There’s still a long way to go, but it’s a nice start.

10.) Nikkei Food Grows in Stature Just beside Amazwill be Hajime, another bar/restaurant but specializing in Nikkei food.Owned by chef Hajime Kasuga of Hanzo, this is expected the fastly expanding Nikkei scene in Lima. In the kitchen will be Ivan Casusol, who is best known for his work at Hanzo, but he has been in Mexico City cooking at Biko and Pujol, two of the top restaurants in Latin America, for the past year. Hajime will join a hotlist of semi-new Nikkei restaurants in Lima that include Nikko, Maido, and Mesa 18 by Toshiro.