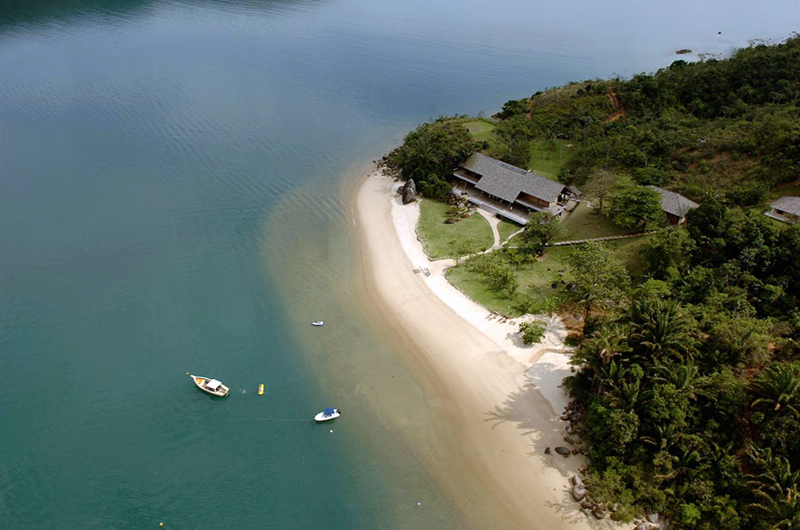 In Twilight Breaking Dawn, Edward and Bella venture to Brazil to honeymoon on the isle of Esme, which doesn’t actually exist. Where they actually went was Paraty, Brazil, a colonial town and blossoming vacation retreat halfway in between Rio de Janeiro and São Paulo. Specifically, they went to a beachfront house in Saco do Mamanguá, a tropical fjord, which even you too can rent.

In November of last year one of the wine industry’s most venerable magazines, the Quarterly Wine Review, ceased publication. Wine, says owner Richard Elia, has lost its romance. The charm, the characters, the gentle hedonism, the mischievous sparkle; all have been losing ground at a devastating rate to marketing and point systems. In many ways he is right, from huge companies whose product just happens to be wine, to raging consumerism and out of control bandwagons, things can look a little bleak from a certain angle. A recent YouTube video shows a sommelier vigorously molesting his glass of wine (his glass in this case being a convenient lab beaker…) with a hand-held electric blender so as to better and more quickly aerate his fine aged wine. This is the face of the apocalypse, I thought; I rent my clothes, rubbed ash in my hair and spent a week wandering around in sackcloth.

Joining a growing list of foreign chefs who have fallen in love with a Peruvian and followed them back to Peru (see Astrid Gutsche and Hervé Galidie) is Jason Nanka, an ecologically minded Australian chef, who recently opened a restaurant, Nanka, in the suburb of La Molina with his Peruvian wife.

Outside Medellin’s MAMM (Museo de Arte Modern de Medellin) it begins to rain. First, a light rain. Then, a downpour. People are rushing across the brick plaza in front, ducking for cover anywhere they can. At Bonuar, the bar and restaurant on the side of the museum, patrons are arriving on the patio with a flurry, closing umbrellas and shaking the water off of their heads. One man takes off his jacket and reveals a t-shirt that asks “Que es arte?” I have been to Bonuar twice now and this sequence of events has happened both times. Well, most of it anyway.

Arequipa’s dining scene is one of the best in Peru. It lacks the high priced touristy restaurants that plague Lima and Cuzco, but has many good valued international restaurants (particularly on San Francisco) and local eateries with many of the regions typical flavors scattered throughout the city.

Aguas Calientes, or Machu Picchu town, has come along way. It is slowly taking on the tourist feel of Cuzco with innumerable hotels, restaurants, and craft shops. Aguas Caliente (translated to Hot Water in Spanish because of thermal springs there), can only be reached by rail from Ollantaytambo. Therefore, much… Read More →

Semana Santa (Easter week) is the height of religious celebration for people throughout the Andes. Perhaps the greatest and most famous celebration can be found in Ayacucho. The passion, death and resurrection of Jesus is highly charged and the entire week is set for religious observance. The week kicks off… Read More →

Ayacucho Hotel Plaza– 9 de Diciembre 184,Tel: 62-812-202, hplaza@derrama.org.pe. It is the best hotel in Ayacucho and, although far from luxurious, it retains a high and mighty Colonial feel. Some rooms have balconies. It has 80 mediocre rooms with private hot-water baths, cable TV, and mini-fridges. A good restaurant and bar are also on the… Read More →