A marimba band plays high up in the gazebo of the tree-filled center square. Old men sit on ornate green benches reading newspapers. The yellow gothic cathedral looms behind. I turn down a crowded pedestrian street lined with restaurants, cafés and clothing shops. I duck through the outdoor handicraft market… Read More → 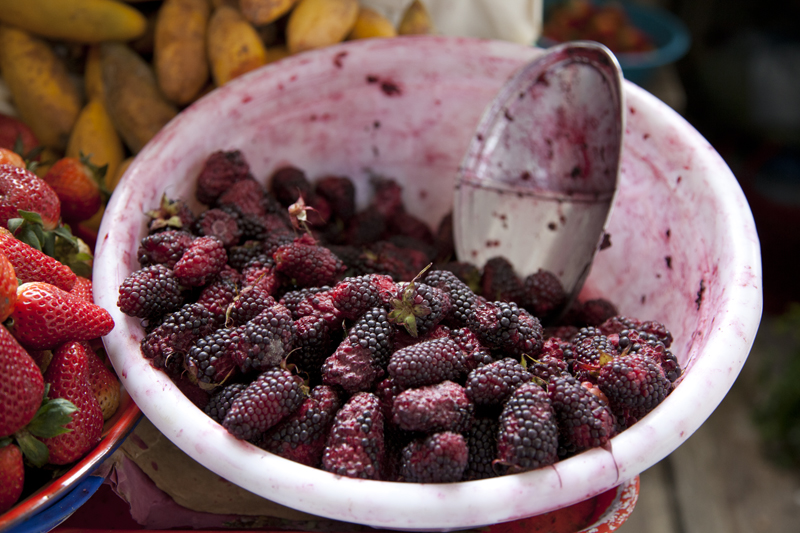 At luxury hotels in Latin America, you are often shielded from the local marketplaces. In Quito’s UNESCO world heritage colonial center, which is not an upscale district by any means, there are now a half dozen beautifully restored colonial buildings turned hotels, though only one that I know of is encouraging you to step out and see how the locals really live. 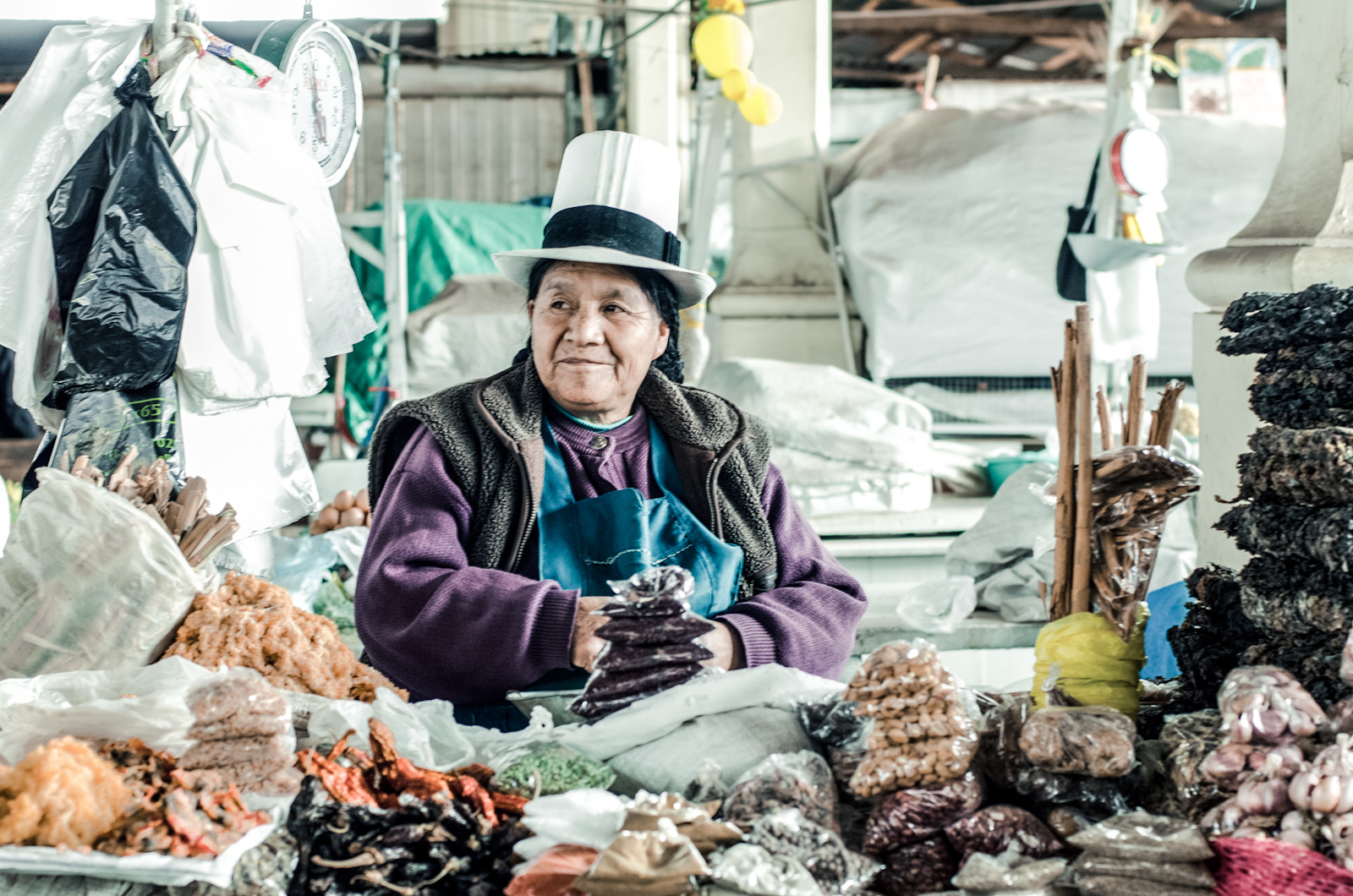 The Mercado Central in Cuzco is in giant warehouse a few blocks away from the main plaza.  Unofficially, it also stretches towards the railway tracks, becoming more gritty as it does. The warehouse houses a lot of food stalls, with large sections devoted solely to either fruit drinks, snacks and… Read More →

If it is Friday in Puerto Rico head to the highland village of San Sebastian near the northwest corner of the country, where the local Farmer’s Market is in full swing. It’s not nearly as well known or trendy as San Juan’s Santurce market, rather it’s a rural outdoor collection of stands nowhere near a luxury beach resort

Peru’s capital of the south of Arequipa, the country’s second largest city and an agricultural powerhouse, is part of an extremely gastronomically unique region. Arequpeñan cuisine is renowned the country over for its high quality prawns, rocoto peppers, cheeses, piscos, oilves and olive oils, beans, grains, and alpaca meat. The city is full of great restaurants and talented chefs, but it’s the San Camillo market that really grabs the pulse of the city. The sprawling market that sits just a few blocks from the Plaza de Armas is one of Peru’s most lively.

Brazil’s traffic clogged city of 20 million is one of the best restaurant cities in Latin America and it also has one of the best public markets. The 135,000-square-foot Mercado Municipal Paulistano near estación São Bento, was built in the 1930’s and recently renovated, is my number one choice for a meal downtown.

The markets of Oaxaca, Mexico draw tourists from across the world who come to shop for the unique and wide array of traditional Mexican crafts, foods, and to soak in the enchanting atmosphere.

Not far from the Señor Frog’s restaurant and jewelry shops where the more than one ginormous cruise ship docks each day in Cozumel’s main town of San Miguel, there’s a small market serving the local population. Few tourists venture past Avenida 10, so the market sits several blocks beyond the border of where real Cozumel begins.

Amazonian markets tend to be either great or terrible. Some rely heavily on local produce and gather fruits and vegetables from the surrounding rivers, while others seem to be just drop off points for processed and packaged food. Pucallpa’s Mercado Numero 2, just a few blocks from the Plaza de Armas, is great.