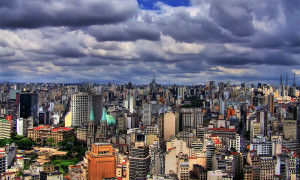 In terms of restaurants, no city on the South American continent, except for maybe Lima, has as much star power as São Paulo, Brazil’s sprawling inland city of 11 million inhabitants (20 million if you include the entire metropolitan area). New restaurants that opened in 2012 and others opening this year are giving reason to explore well beyond Alex Atala’s D.O.M. and Helena Rizzo’s Maní.