Few realize just how abundant Nikkei cuisine is in Lima. In Peru, the ancestral cooking style fuses traditional Japanese with Peruvian to make some of the most interesting takes on one of the world’s great culinary brands. The international media in their new love of Peruvian cuisine consistently overlooks Nikkei chefs, however, many of the top fine dining restaurants in Lima are in fact Nikkei. Examples: Osaka, Hanzo, and Costanera 700. 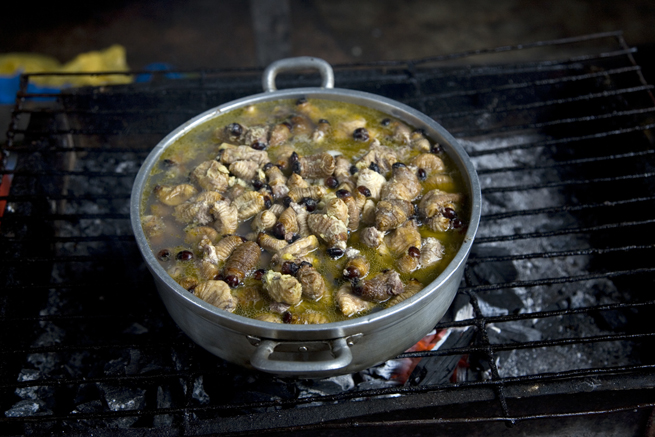 While much of the rest of the world tends to lump all Latin American food together under the title of Mexican, this region is one of the most biodiverse places on the planet and what constitutes as food varies more here than any other place I know of.

In El Salvador there are pupusas. In Mexico there are tacos. In Honduras there are Baleadas. The simple version consists of a thick flour – though sometimes corn – tortilla that has been put on a charcoal grill. It’s slathered in refried black beans and a bit of white farmer’s cheese then folded over like an American style soft Taco. It is the any time of the day snack. You can have one for breakfast and add eggs.

The first time I really began to love Chilean sandwiches, and notice their mass appeal, was in the Southern Patagonian town – the very last on the continent – of Punta Arenas after a quarter of the earth flight from Quito, Ecuador. I was in airports for close to 15 hours and landed late in the evening, though it was still bright out as the sun didn’t set until early morning in that time of year.

It wasn’t until a recent trip to Argentina that I had ever heard of the liquor Fernet Branca. They consider a national drink there, though it is made in Milan, Italy. I still had yet to taste it, but a few weeks ago at Duty Free in the Dusseldorf, Germany airport there was a sale so I couldn’t resist.

Colombia’s cuisine, influenced heavily by the Spanish and Indigenous populations, is not as widely known as other Latin American cuisines such as Peruvian or Brazilian, but to the adventurous traveler there is plenty of delectable dishes to try, not to mention bizarre fruits, rum, and of course, Colombian coffee.

In Venezuela, gastronomy tends to be highly regional, which is much the case throughout South America. Many of the dishes in the country are derived from French, Italian, and Spanish recipes, but have varied over the years to become uniquely Venezuelan. Fresh fish and shellfish make up many coastal recipes.