As most of my work as of late involves eating and restaurants in Lima, Peru, I am often asked where to go. What is the cevicheria of the moment? Who is the hottest chef of the moment? Where should I go for a taste of the Amazon? Who has the best anticuchos? Which of Gaston Acurio’s restaurants should I go to? I could literally go on for days describing where to eat in Lima. While I’m usually scouting out huariques and market stalls in obscure districts, though for the passing writer or foodie that wants to know what is in right now, here is my Lima IT list.

Chile’s expanding craft beer scene is still going strong, particularly in Valparaiso where a handful of small breweries are thriving. 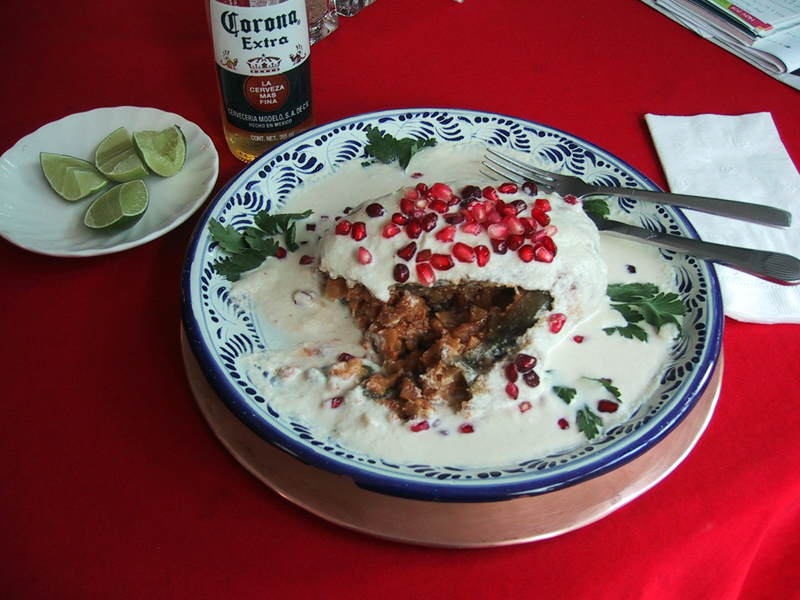 Come September in Mexico, the time is right for a food pilgrimage to the city of Puebla for Chiles en Nogada. Trying to find the best food in Mexico is like trying to find the best beer in Germany or the best tea in China. Impossible, you say? Well, Chiles en Nogada is a poblano pepper stuffed with a mix of ground beef and pork, nuts, and fruit, including apple, pear, peach, and plantain (a banana for cooking). Then it is drenched in a walnut sauce and sprinkled with parsley and pomegranate. Distinct flavors are represented – spicy, sweet, savory. The colors of Chiles en Nogada – the white walnut sauce, the red pomegranate, and the green parsley – correspond to the Mexican flag.

Nikkei restaurants have been on the rise in Lima for the past several years. The Peruvian-Japanese fusion spots are home to some of the most technically skilled chefs anywhere in Peru, though with the addition of sophisticated restaurants such as Central and Manfiesto in recent years they have been overshadowed. That is about to change. Hajime Kasuga, you know him from his work at Hanzo, a Nikkei restaurant that was exported to Santiago, has opened this week his new restaurant: H, or Ache.

Sweets are everywhere in Lima. They are sold in food markets, fancy restaurants, out of carts on street corners and cardboard boxes at bus stops. Some are fried, some frozen and some freshly chopped before your eyes. Their names are evocative and poetic like the “Suspira a la Limeña” which is a mixture of meringue and manjar blanco caramel custard and translates as “the sigh of a woman from Lima,” or simply hilarious, which is the case of “champus,” a dessert I just had to try for the name alone. 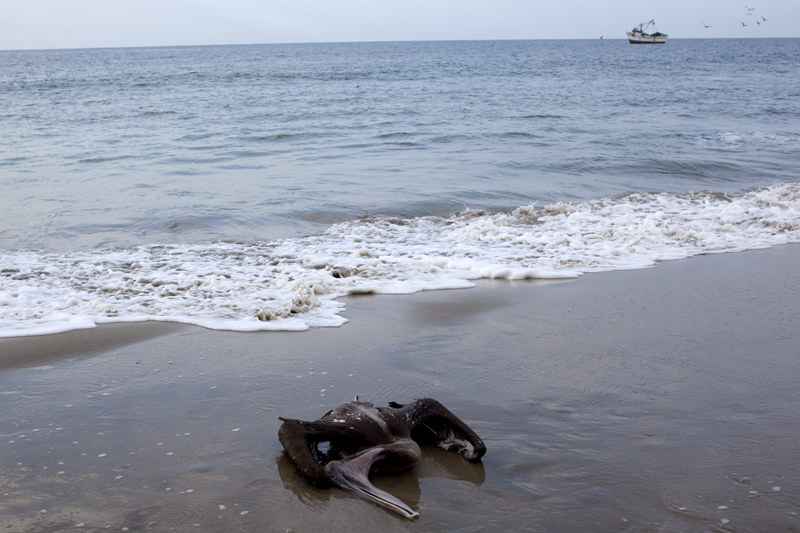 At first the pelican was standing on the beach. As I walked by it just stared. As I sat at Donde Teresa in Mancora, my hotel restaurant, I could still see it standing there. Five minutes later some dogs came close to it and started barking. Young dogs. They didn’t know any better. I chased them away. Five minutes later the pelican was dead. The sea was washing over it.

Over the next two weeks while traveling along Peru’s northern coast, before any of the news reports of mass pelican deaths, I saw them again and again in Zorritos, Mancora, Pimentel, Santa Rosa, and elsewhere. There were some healthy pelicans it seemed. They would fly together over the surf or hang out near fishing piers. The healthiest I found were at Caleta el Ñuro, where fishermen were tossing out their leftover catch and scraps off the pier before it was packed on ice and taken away by truck to markets around the country. Hundreds of sea turtles fought for the scraps with the hundreds of pelicans here, though at many other piers the catch was lighter. La Niña has lead to warmer waters and some say the shortage of food has left the pelicans dying of starvation, though that period is in the process of returning to normal. I can’t say the dying pelicans l encountered looked starving. More sick than skinny.

All eyes on Chile after the dramatic mine rescue and let’s not forget last year’s earthquake that devastated the region south of the capital, it’s an appropriate time to examine Santiago’s blossoming food scene. A new wave of talented chefs, from within Chile and from abroad, are rapidly changing the city’s culinary landscape. There is renewed in old markets and indigenous Mapuche ingredients, while wine bars and bistros are transforming once decrepit districts into cool new food hoods.