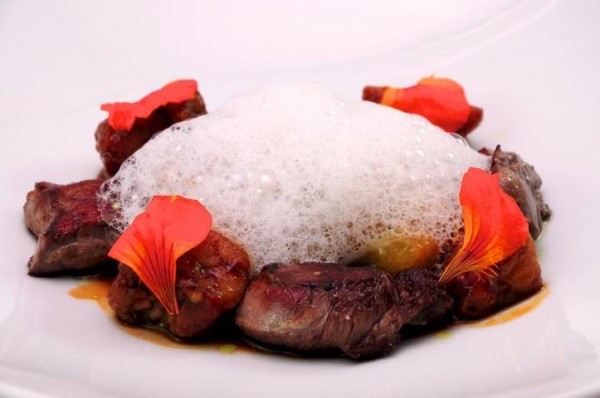 When he was a child Giacomo Bocchio saw Javier Wong, cook in his Lima restaurant. He then wanted to be a chef. Wong has that effect. He now says Bocchio could be the best chef in Peru, if not the world. Wong always thinks in those kinds of terms. 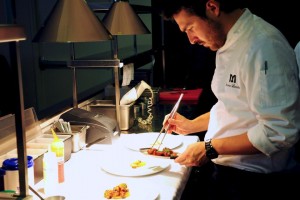 Now 27, Bocchio, with a tattoo of a Bob Kramer knife on his arm and stints at some of the world’s best restaurants, including Spain’s El Celler de Can Roca and Brazil’s D.O.M., is a chef. A good one. One of the best in Lima. In October he opened Manifiesto, Lima’s most highly anticipated restaurant since Virgillio Martinez’s Central opened in 2008. That’s where I found him. On a sunny Saturday when many Limeños were at their beach houses in Asia (the beach district, not the continent) for the weekend, Bocchio was recovering from an 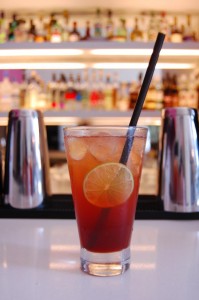 attempted robbing the night before as he was getting into a taxi. He fought off the attacker, but twisted his wrist in the process. It was in a sling, but the still had control of the kitchen.

The restaurant’s sophisticated, playful tasting menus change often, though concentrate on the often overlooked ingredients and cooking styles of southern Peru, particularly those near the city of Tacna, where his grandparents, Italian immigrants, once owned a restaurant. Mediterranean and Asian flavors often find their way into his dishes too. There’s Candarave Lamb and chicken gizzards with gnocchi spiced with huacatay. He pairs pancetta with cocona and ají charapita, which might be the best flavor combination in Peruvian food right now. He recently added Lima’s first vegetarian degustation menu. Bocchio’s favorite dish he told me (coincidentally it was mine too) is the tongue cooked for 12 hours sous-vide. It’s tender and full of flavor. Another dish, another step forward for Peruvian cuisine.

Ayahuasca Rituals & Shamanic Ceremonies in the Peruvian Amazon and Andes